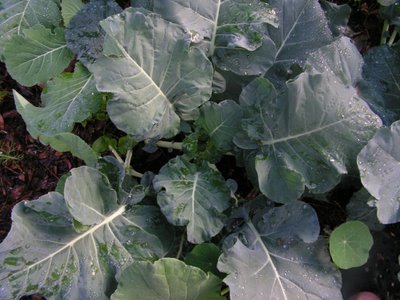 I planted a nine-pack of broccoli in the garden the third week of October. A couple of them simply failed to grow -- I don't know what happened, but they failed to form roots and never grew. But five of them have survived these six weeks, and they've slowly encroached on the Collards and Radishes. Pretty plants, but MUCH larger than I'd expected -- they are currently thirty inches or so in diameter.

Last week, a friend mentioned that she'd planted a mess of broc, and they'd grown all winter and spring without producing a single head. 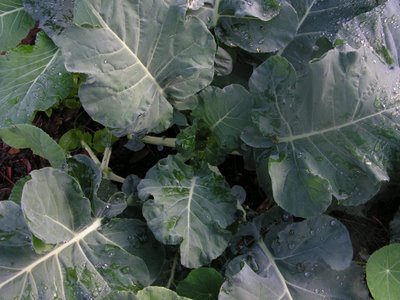 Sigh. With that in mind, I had planned to yank my broccoli in a couple of weeks: Too much space in my tiny plot. But yesterday I pulled apart the central set of leaves, and spied a tiny head of broccoli forming in the center....

According to my books, I'll be able to harvest the central flower, and then several subsequent lateral ones, providing several months of harvest.

I'll likely not plant broccoli again: There are too many alternative cruciferous like Broccoli Rabe that offer quicker payoff and more edible portions. I did cut a few of the largest leaves off the broccoli this week to buy some space for the collards, and ate them in a pasta dish. Tasty, and not so different from collards. 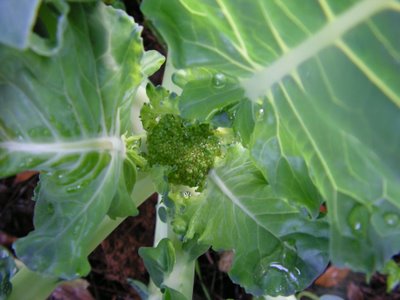