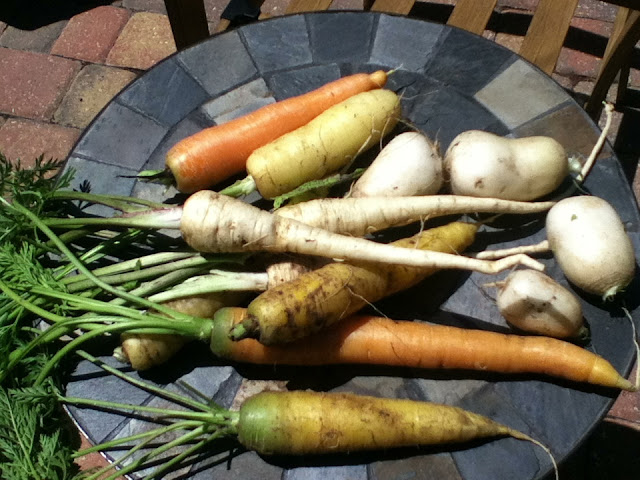 From the comments... something I wrote responding to someone who wanted to know more about sugar snap peas. They're easy, and as you can trellis them, they make a great "between the row" crop in small spaces like mine. It's hard to see in the pictures below, but I have four crops growing in what is essentially a single three-foot row: Broccoli right next to a trellis full of peas, which is itself right next to a row of hybrid, multi-color carrots, and then, mixed alongside the carrots, a few dozen parsnips. So long as you have a lot of compost and a lot of water in play, you can plant this densely. Probably everything is slowed down and there's some compromise for each individual plant's optimal production/size, but maybe not... I get a LOT of broccoli out of this row, and as you can see, a lot of peas. The carrots (there's a picture of them, too) are about ready for harvest, but will continue to grow happily for at least another month. I don't know why I grew the parsnips... I've grown them in the past. They do OK here in Florida, but not as sweet as the ones from up North. I'd be better off growing more carrots, but parsnips make a nice change, and they grow well enough here...

OK, anyway, I don't have time to write this entry, so, here's what I said earlier about peas...

hmmm... well, let's see:
1) i use a hybrid, super sugar snap. i like them. sometimes i grow them out to have peas, sometimes we just eat them as snow peas.
2) plant them anytime in the late fall/winter. they get nipped by frost but usually always bounce back.
3) plant them DENSE... i mean, like, three peas per inch, in a zigzag. then, oversow as they grow. the ones hanging on the support you see in the picture below are the result of three distinct plantings, about a month apart.
4) use a lot of compost but little or no fertilizer. mine are growing between carrots and broccoli. really dense planting there--lots of crops in about a 2' wide row. so, you need lots of organic material. but peas don't produce well if there's too much nitrogen, so here, in this case, i just fertilized on the outside of this triple row, along the rootline of the broccoli and carrots. right?
5) water generously.
6) be sure to pick them before the peas get too big and then dry... i think that makes the plant 'turn off' and stop producing, but maybe that's just superstition.
7) full sun, ideally with a little afternoon shade, which will buy you a week more fruit.
8) they burn out eventually, when it starts to get too hot. but until they do, they're really easy and tasty.

Since someone asked... from the comments:


lgj... i put out two sets of broc, and the second set is still producing. i think the second set is blue wind, but i don't recall for sure. couple observations about broccoli:1) it has a long life, but not forever.2) if you put out a late set (say, good seedlings before march 1), you can harvest through april and into may.3) when the plants are winding down, the florets get really small. treat it like berry picking. they remain perfectly tasty, but if you don't pick them very small (thumb-sized, smaller), they'll flower.4) if you have the room and no other inclination, leave them to bloom. brassica blooms are probably a bee's favorite bloom. and they're kinda pretty. in europe they grow big fields of rape (aka canola) and leave them to flower all early spring. it's beautiful. then they plow it under for green manure or harvest it for silage. maybe they do it here in the states, but i've never seen it. 5) if your broc goes to flower quickly, even if it's young and the weather's not over warm, then YOU ARE NOT WATERING ENOUGH. generally, few people in fla water enough. in for a dime, in for a dollar, right? 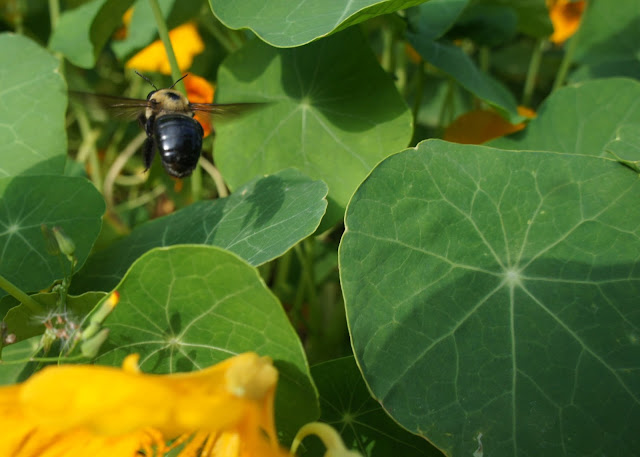 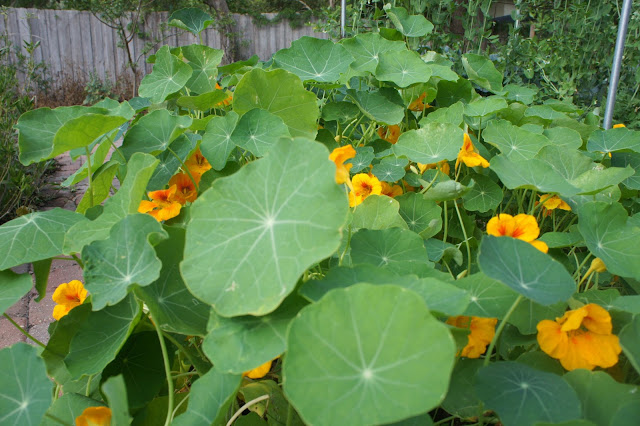 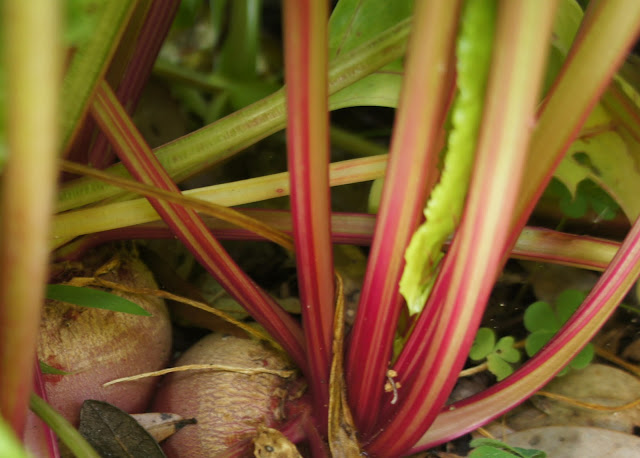 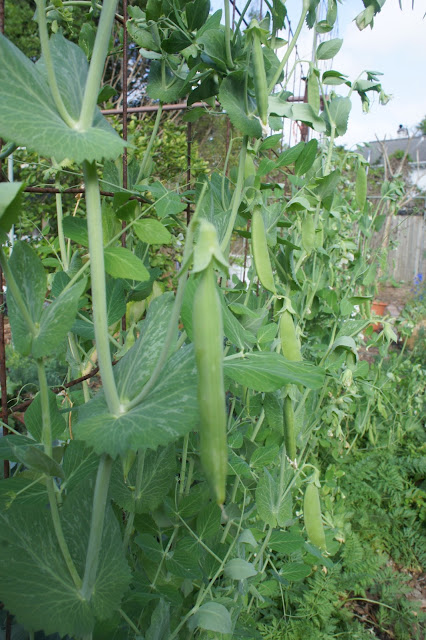 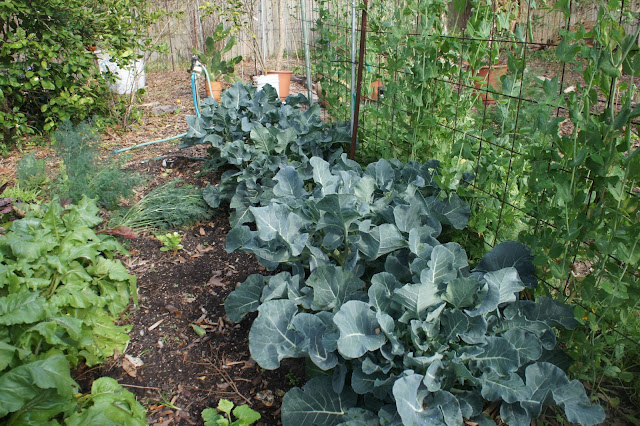 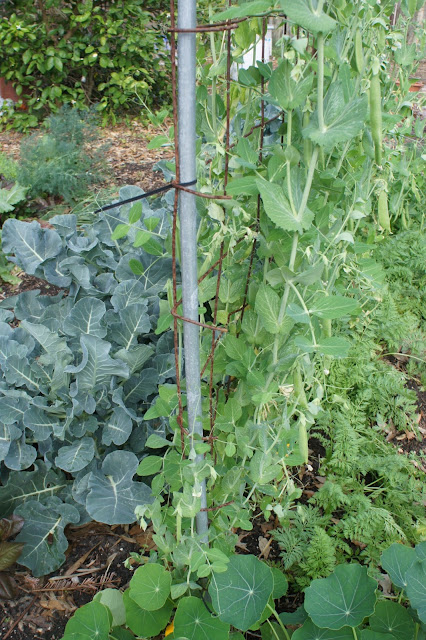 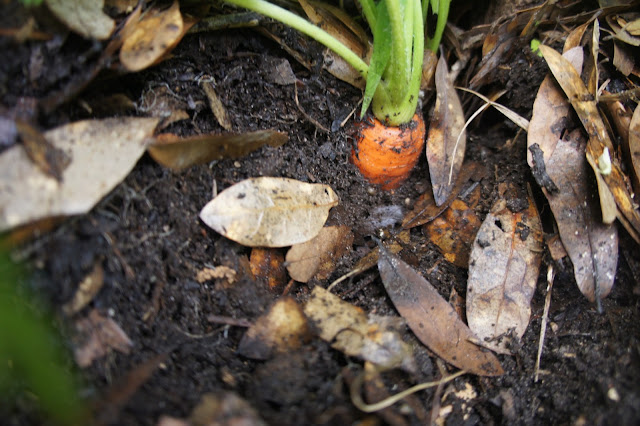 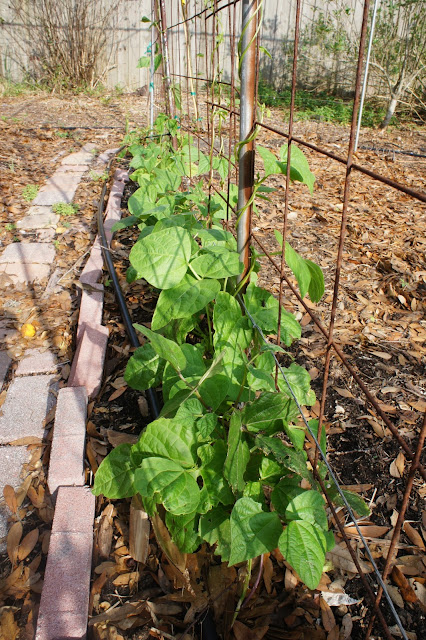 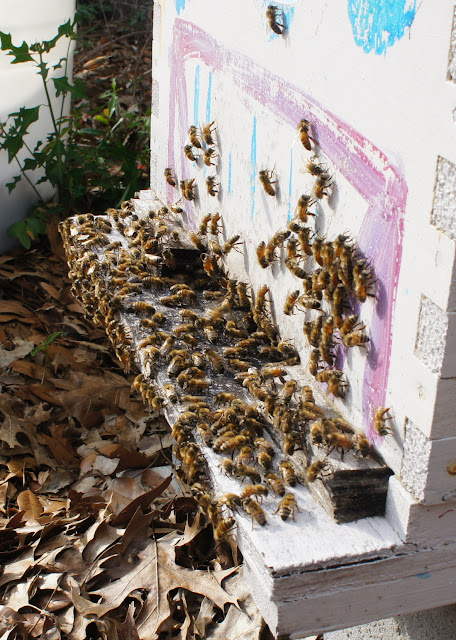 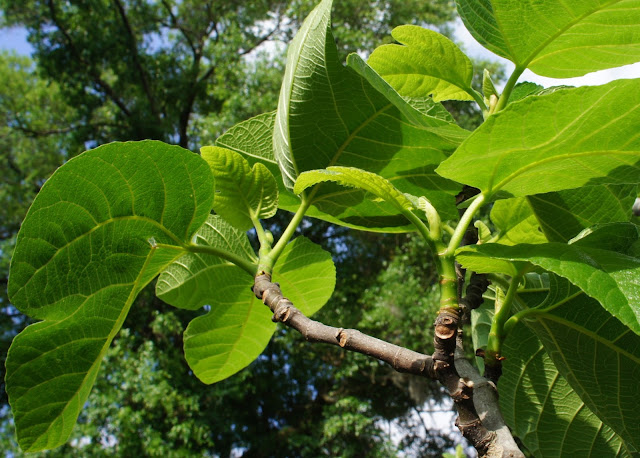 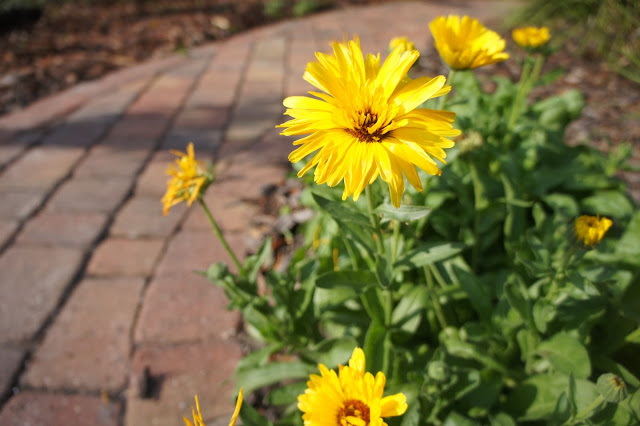 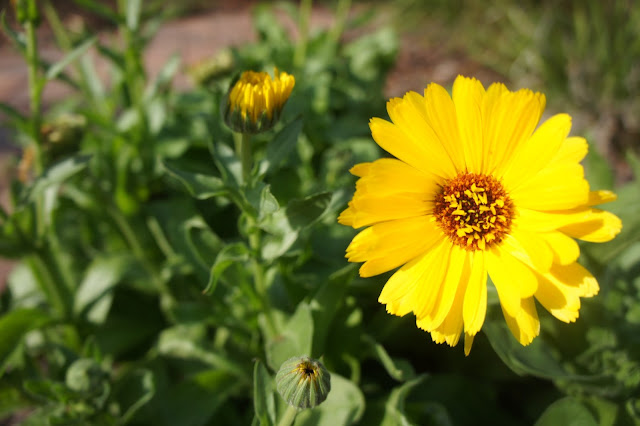 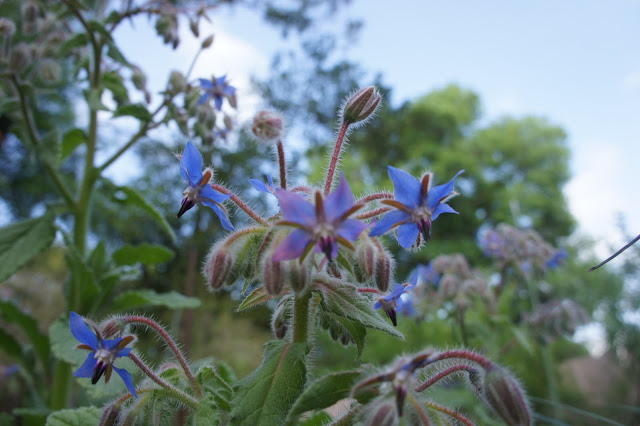 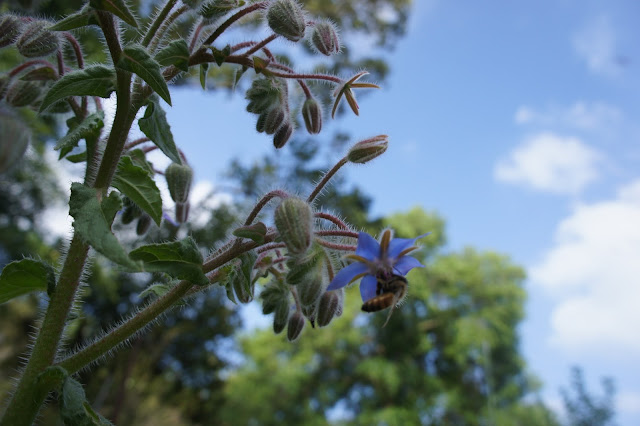 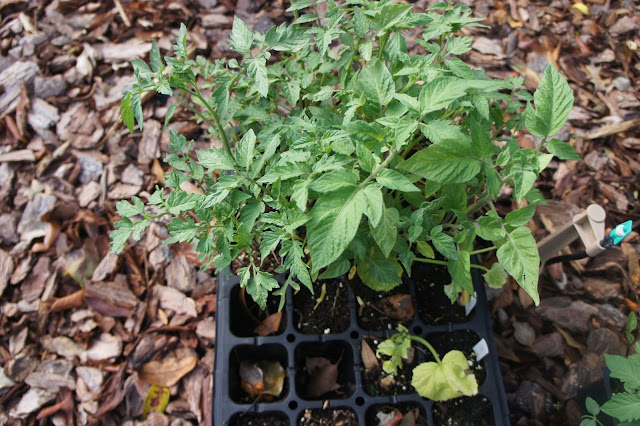 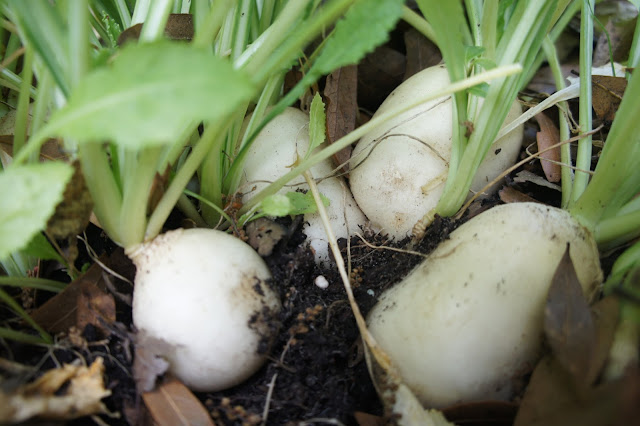 I cannot believe that I'm covering plants on March 3! We had just enough of a cold start to the winter to send everything dormant, then a long hot spell that caused everything to bud, and now a couple weeks in a row of near-freezing nights. My citrus is all in bloom, my peaches are budded... My plum crop is totally shot. My beans are burned. My prickly pears (cactus) fruits are ruined. Everything tropical is brown.

I guess this is the new normal. It's not so much the warming, at least for the moment, as the unpredictability of the new weather patterns.
Posted by Michael at 5:32 PM 2 comments: