The past week has alternated between cool, crisp and clear days and warm, sunny ones. Lots of new growth in the garden, including my roses. I got a new camera recently, Konica's Dimage -- a remarkably flexible and inexpensive camera. Below: 'Saint Patrick,' 'Ducher,' 'John F. Kennedy," R. chinensis 'Viridiflora' (a.k.a., 'The Green Rose'). I love that 'St. Patrick' is nearly as beautiful fully blown (below) as it is in bud. That's a good thing, since 'St. Patrick' is a remarkably long-lived rose, lasting two weeks on the bush and nearly that long in a vase. 'Viridiflora' is a much underappreciated flowers -- the warmest most books say is "an oddity." I really love green flowers, and this one, with its reddish hints and its strong peppery smell, is very striking. Note that the flower really isn't one -- it's just a freakish conglomeration of sepals. 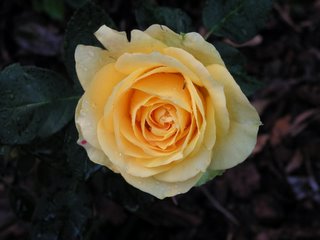 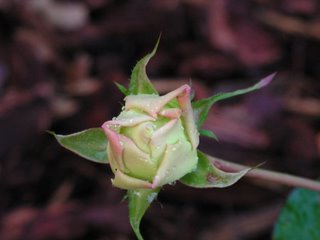 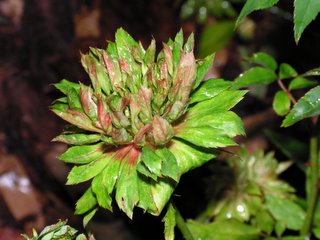 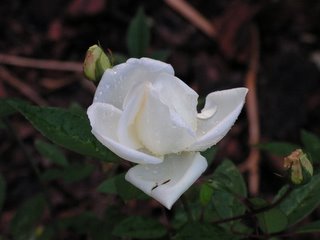 Posted by Michael at 8:06 PM No comments:

This site at Texas A&M has a comprehensive list of OGRs and some modern shrub roses that are suitable to the climate in North Texas. The photos are useful, but the data is limited. I don't have a copy of Power Point on my home computer, so I haven't had a chance to view their slide show.

Dallas' climate isn't too far removed from Florida's: they get less rain overall, their summers are drier, less humid and much hotter, and their winters significantly cooler than ours.
Posted by Michael at 9:37 AM No comments: