It's been a tremendously busy time of the year for me. I've had time enough to water, but that's about it. Today, though, was absolutely perfect weather, and I spent most of it out of doors, cleaning out my winter garden and sowing seeds for the hot and rainy season that is around the corner. Let's see, quickly...
Some other garden notes...

From the Climate Prediction Center at the National Weather Service. The charts show the probabilty for two scenarios:
The intensity of cooler indicates the probability of exceeding or falling short of the norm, while the white areas (EC) indicate equal chance of exceeding or falling short of then norm. (It does not indicate, it should be noted, that weather will be "normal," just that no preponderance of evidence indicates a warmer/cooler or wetter/drier -- a subtle but important distinction.)

Thus, dark brown means it is very likely that temperatures will exceed the norm while dark blue would indicate that it was very likely for temperatures to be below normal. Notice that degree or intensity of deviation from the norm is not indicated, only probability.

Here's the prognosis for April, 2007 made mid-March:

So, evidence would indicate that we have a slightly better than average chance of a warmer (but how much warmer?) spring and early summer and a roughly equal chance of a wetter or drier period over the next three months.

For our rainy season -- July, August and September -- it looks likely we're significantly more likely to have a wetter and warmer period than historical averages:

The accuracy of these instruments isn't terribly high, but they I suppose some indication is better than no indication.
Posted by Michael at 12:25 PM No comments: 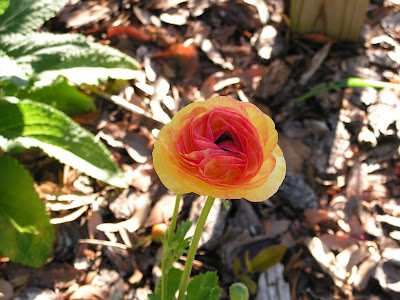 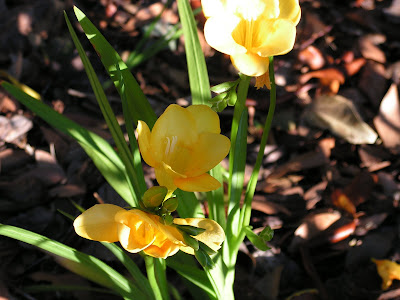 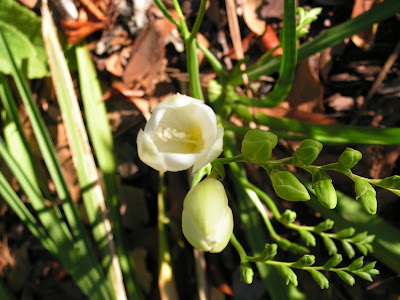 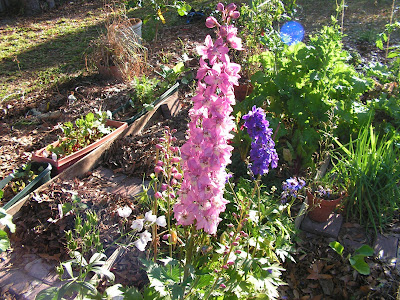