Poor bees. With the rain over the last few days, they were getting feisty. I made hay when the sun was shining and I checked the hive yesterday... We'd removed the only super last month when harvesting. I found the hive thriving yesterday, sticking wax everywhere, clearly begging for more space. I put the excluder and super back on.I'd be surprised if I don't get another harvest at the end of summer, though I guess we'll see.

I'd forgotten to get some extra foundation, and so I'm a few frames short up top, but I'll rectify that later this week. I did find some dead bees stored away in between the inner and telescoping outer cover. They looked freshly dead. Dunno what that means, but it was only perhaps a score.

Looks like I have a happy and productive queen, in any case.

What should I plant now?

I get this question all the time. I revisited this guide that I wrote a few years ago. It's pretty good...
Posted by Michael at 11:49 AM 5 comments:

Despite the near absence of sunshine the past week... my full-sized tomatoes have ripened (especially the determinate Celebrity), my peppers are ripe, onions big, and the cucumbers are ready... It's gazpacho time.
Posted by Michael at 5:23 PM 2 comments:

We do it old-school, low-tech... The honey is, to say the least, minimally-processed. Never warmed to more than, say, 90* (the ambient temperature). A good thing in my book. 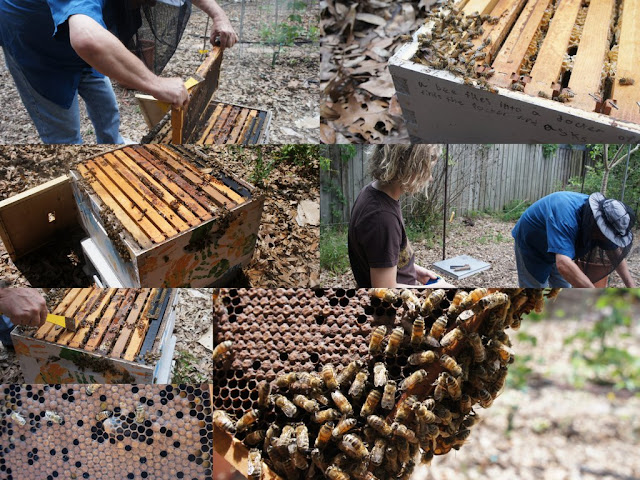 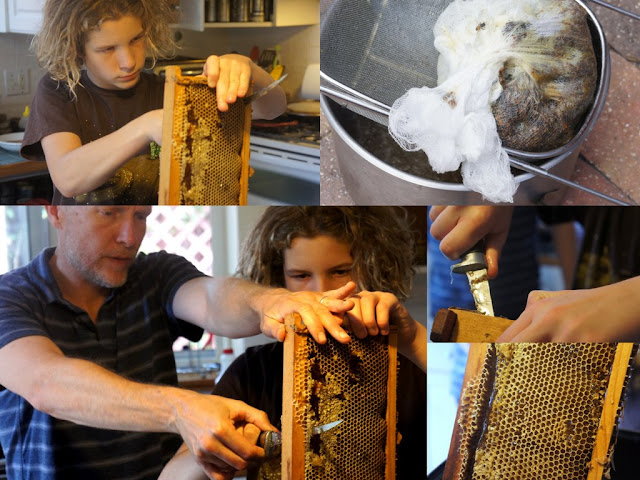 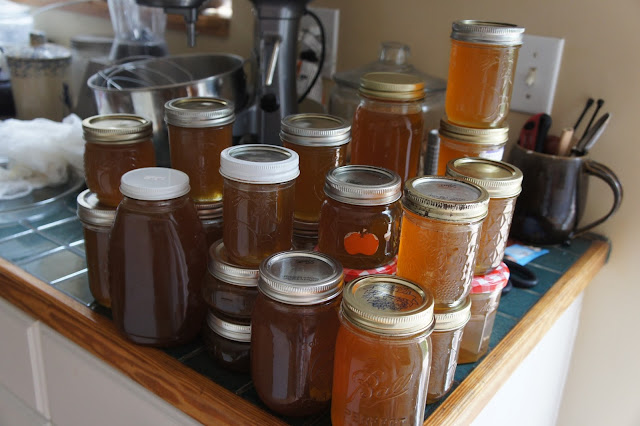 My figs are really late this year, but there's an abundance of them hanging in the tree, probably more than a hundred. They ripen suddenly, going from small, hard and green to swollen and chartreuse over the course of a few days. I like them best when very, very ripe.

In the past, because it was immature, the tree--an Alma--has dropped most of the fruit. This year it's not dropped any, and every day brings another couple of ripe figs. I assume at some point a larger crop will mature. Interestingly, it continues to set new fruit. This is my only fig, so I don't have a framework for expectations... I guess we'll see.

The blueberry crop this year is pretty good, too. Very late--typically mid-May marks the end of the crop. I recently visited a large blueberry farm in Yalaha. The bushes there were huge and so healthy--I decided I need to take better care of my bushes, so I piled on some pine bark, added some sulfur, and once they stop fruiting I'll fertilize them appropriately. The bushes are tough and get by with little care, but I think if I devote some TLC on them, they'll repay the attention.

A few full-size tomatoes, lots of cherries. I have many tomatoes on the vine, but they're ripening very late this year. I'm a little nervous, as the later the harvest, the greater the predation by bugs and various wilts and mildews.

Broccoli and beans are slowing up their production and what they're producing is lower in quality. Typical for this time of the year. I'll probably pull the plants in the next week or so... Eggplants are fruiting, cucumbers are producing (though succumbing to mildew). 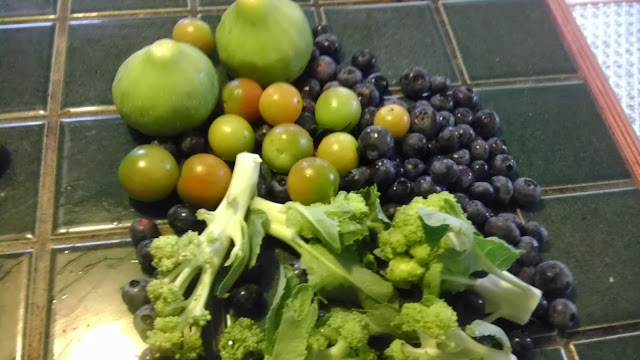