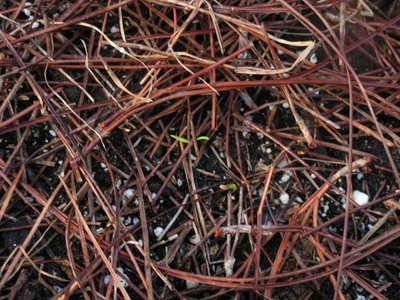 The carrots seeds the kids and I planted last week have finally germinated, as have the cucumbers, arugula, and mixed "mesclun." My turnip greens that I bought as a six-pack from Lowe's have put out an impressive bit of growth, too. The only thing that hasn't put in its appearance is the Asparagus Pea.

In the flower gardens, I noticed Sparaxis from last year coming up, and a few Freesia that I planted earlier in October have forced their way through the mulch. I think I noticed a few of last year's Freesia in the back of the bed.

It was an extraordinarily hot week: several days in the low-90s, breaking records almost every day. This was one week after we set a record low in Daytona Beach the previous Monday. This week looks to be very cool, with low records distinctly possible tonight and tomorrow night: Lows in the mid-40s, which will put the kabosh on any true tropical. 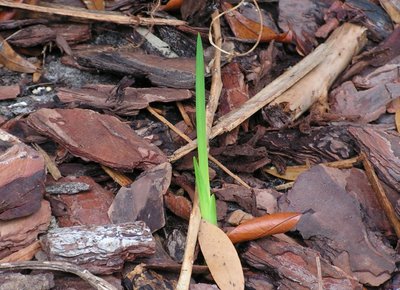