Another map of chill hours. I love how every one is different... 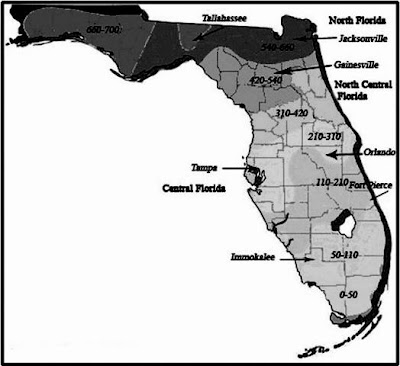 Map shows hours below 45 degrees received to February 10th in 75% of winters.

I guess this puts DeLand firmly in the 350-hour range.

I thought this table was very useful:
Posted by Michael at 3:50 PM


Is there a good database to see how many chill hours have been recorder so far in Ocala, Florida (Or anywhere else for that matter?

The basic weather website seem to only have averages.