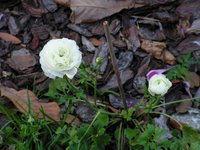 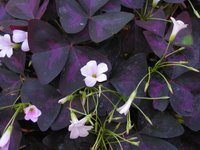 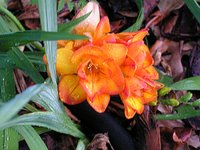 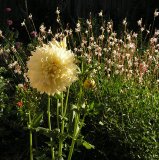 Because we can't grow (perennially, in any case) tulips, hyacinths and daffodils, there's a strange idea common to Central Florida that we cannot grow bulbs at all. That's far from the truth, though gardeners need to choose their bulbs carefully. (Now, of course, the pictures above and the discussion here is not limited to bulbs, but includes rhizomes (and their ally, the tuber) and corms. These are distinct storage organs, but from the gardener's perspective, there's really little difference.) As a rule of thumb, we can grow virtually any bulb if planted at the right time of the year, including tulips and daffodils. However, many bulbs from temperate climates can't cope with Florida's heat, humidity, and "soil." Bulbs from the southern hemisphere, particularly from South Africa, do very well here. I don't mean this to be a comprehensive list, but here goes with the bulbs I have grown in my garden, with some comments on their performance:

Sturdy, ultra-low maintenance plant here in Central Florida. It grows rapidly -- even very small, one-gallon plants grow within three years to 2-3' or more in diameter.
Grows best in filtered light here in FL (direct sun farther north), but I have it in full direct sunlight in the swale and it's doing well in those tough conditions, though the leaves are not as deep green. Flowers best in sun, but even in full shade it flowers and grows. Blooms in flushes, with large flowers in the cool season and smaller ones when it's hot. Makes a beautiful cut flower, though lasts only one day.
It does self-sow, but the seedlings are easy to recognize and shallow-rooted.
Note: These plants, when large, are VERY difficult to dig and divide. I have dug and divided monster clums of 4' -- it took me more than an hour to pull the plant out of the ground and another hour to cut the plant into manageable clumps. That said, the one large clump produced 10 medium plants that are now filling a bed.

This was very helpful.. and inspiring. I'm going to the website you recommended on GW and find some freezias.. Hope you continue with notes on other bulbs you've tried. LindaA

Just to add a little more Ranunculus gets its name because the majority of the species in the genus do prefer damp soil; there are even some that are fully aquatic.

I am late in planting. Can I plant the bulbs end of Feb in Central Florida?